The below article is currently appearing in the Washington Business Journal — a leading source for business news and data for the Washington, D.C., region. To download a PDF version, click here. 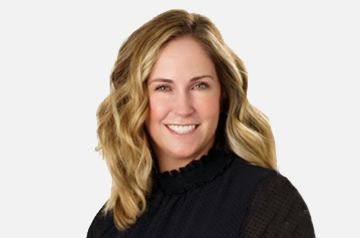 Eight-year-old Vienna IT company Nolij Consulting has been helping test and validate an electronic health records system for the Pentagon that now serves 41,000 active users — and now it’s looking to take that expertise to the private sector. Founder and CEO Ashley Mehta operates in the specialized space that combines information technology with the difficulties of protecting sensitive health care data and making it exchangeable across provider, patient and benefits systems. Mehta, a former chief of staff for Deloitte’s military health account, started Nolij — pronounced “knowledge” — in 2013 to make it easier for federal agencies to integrate health care data more securely. She has grown it to pull in more than $20 million in annual revenue.

The 150-person company specializes in enterprise IT architecture services, electronic health record (EHR) modernization work, analytics, infrastructure operations and the introduction of emerging technologies such as artificial intelligence and machine learning. It is currently performing multiple task orders under a 10-year governmentwide acquisition contract that offers information management, health IT, science and other services to federal agencies.

In the health care IT space, Nolij is working with the Department of Defense alongside companies like Leidos Holdings Corp. (NYSE: LDOS) and Cerner Corp. (NASDAQ: CERN) on its electronic health records system for U.S. service members, dubbed Military Health Services (MHS) Genesis. MHS Genesis system is now live across 600 military health care facilities and reaching 9.6 million beneficiaries, and the Department of Veterans Affairs is also working on its own EHR system that can interact and share digital records with the Defense Department’s platform.

Mehta said she and her team now plan to bring the same knowledge base and skills to commercial health care providers, clinics and hospitals.

“I thought, ‘Hey, we are doing this on such a large scale with the rigor, processes and security as such in the Department of Defense, that we could also do this for commercial hospitals,’” Mehta said in an interview.

Health IT faces the same market dynamics as other enterprise technology sectors in the era of Covid-19, namely, a massive shift toward modernizing and the lure of digital transformation. The challenge in health care, which requires a high level of security due the the personal information included, is being able to provide a transferrable data record that can be accessed across networks securely in a way that is both convenient and protected for patient privacy, Mehta said.

She also sees a lot of opportunity. The company has cited business research site MarketsandMarkets and its 2019 forecast that the health care IT market will reach $390.7 billion by 2024.

There are also some pretty big players already in what’s becoming an increasingly competitive electronic health records space, including Cerner Corp. of Kansas City, Missouri, which just made a $375 million cash purchase of Kantar Health to build out its life sciences and pharmaceutical offerings; Epic of Verona, Wisconsin, which currently has more than 250 million patient records in its system, according to Business Insider, and Leidos Holdings, which said Tuesday that it generated $26 million in first-quarter revenue from commercial and foreign health IT customers.

Due to the pandemic, “I think a lot of companies have just kind of been reevaluating their strategy, where they can grow — and I think that was kind of the same thing for Nolij,” Mehta said of the decision to expand into the private sector.

The company is gradually building inroads on the commercial side, she said, as many providers are still navigating the impacts of the pandemic more than a year after it took hold in the U.S.

“When you are not in there yet and you haven’t proven yourself, I think a lot of times these companies feel comfortable going with the current companies they are dealing with,” Mehta said. “But we’ve been pretty successful with getting the name out, having lots of conversations with CEOs and [chief technology officers] of commercial health care clients.”